This time of year is always a special one with the frenetic activity of the holidays and many celebrations abound. Italian sparkling wines are a must for celebratory times – actually, any time. They are my go-tos for sipping, and their effervescence tickles the nose ever so beautifully.

The most famous go-tos this time of year are France’s Champagne or Italy’s Prosecco. Yet there is a bigger sparkling wine world from Italy that allows us to journey through its varied options and regions from where they originate. These are great alternatives to Champagne, Spanish Cava and California’s sparkling wine.
Produced in a number of styles across various regions, Italian sparkling wines – Prosecco, Franciacorta and Etna Metodo Classico, among others, differ in taste, production method and price. Prosecco is the most known of all Italian sparkling wines, and its international popularity has significantly waxed in the last 20 years. It is the most widely produced, with nearly 500 million bottles made annually.

Italian sparkling wines are made from a base wine and then undergo a secondary fermentation to become bubbly. For Prosecco, this secondary fermentation occurs in large vats where the bubbles develop and become trapped. This is an affordable wine that is best enjoyed young. Franciacorta and Mt. Etna Metodo Classico sparkling wines, on the other hand, are produced in the metodo classico, or classic method, like France’s Champagne, where the secondary fermentation occurs in the bottle (rather than a tank), increasing the manual work and the wine’s longevity. These latter two wines are largely unknown outside of Italy, but they are becoming more recognized and offer a vibrant alternative to Champagne, typically at a more affordable price.

All bubblies are good partners for Italian cheeses and meats — like prosciutto and speck as well as leavened foods, like pizza and cakes. Discover these sparkling wine styles and their regions at home or on your next visit to Italy.

Prosecco is made from the glera grape primarily and comes from areas in northeast Italy that range from Veneto and extend north to Friuli-Venezia Giuli. The most highly regarded Prosecco comes from the DOCG hill areas of Asolo and an area around Conegliano and Valdobbiadene, a region inscribed into the UNESCO World Heritage list in 2019. The DOC prosecco, instead, is produced in a protected geographical area that surrounds the city of Trieste.
Proseccos range in style with different terms on the label describing their dryness levels (i.e., brut, extra dry as examples). In 2020, the Italian government approved Prosecco rosé DOC. Look for the DOCG on the label for the more acclaimed Proseccos, like those from La Gioiosa and Ca’ dei Zago.
While great to sip alone, Prosecco has become the crowned jewel during afternoon aperitivo time when cafes and restaurants in Italy use it to make the ubiquitous Spritz – a cocktail made with Prosecco, Aperol liqueur and a splash of sparkling water.

Mount Etna is an up-and-coming wine region in Sicily that is often overshadowed by other more known sparkling wine regions. However, it is always fun to journey to the little hidden gems, like Etna, to discover what they share. One such winery is Terrazze dell’Etna which focuses on using the traditional Champagne method, metodo classico, and highlights the grapes that are indigenous to the region, like nerello mascalese. Yet they also produce sparkling wines with international grapes like chardonnay and pinot noir, the same grapes used to make both Franciacorta and Champagne. The region’s volcanic soils aid in the resulting wine’s complexity and unique flavor profile.

Franciacorta is a sparkling wine that shares its name with the region where it is produced. Located an hour east of Milan, Franciacorta is a gastronomic haven that overflows with cultural history. It is home to ancient Etruscan towns, borders the charming Lake Iseo and kisses Switzerland’s southern border, making it a must-visit region in northern Italy.
Unlike Prosecco, Franciacorta is similar in winemaking style to Champagne, with its second fermentation occurring in the bottle. Franciacorta is usually aged at least 18 months (but a Riserva can go up to at least 60 months) before it is released on the market and is known for its longevity. This process and its aging requirements give Franciacorta weight and complexity. It usually sits at a higher price point than Prosecco.
Franciacorta is a blend of mostly chardonnay, pinot noir, pinot blanc and erbamat grapes. It also comes in a variety of styles, for example Dosaggio Zero (no added sugar), Satén and Rosé.

Even the neighbors in Slovenia, which sits on the border of northeastern Italy near Trieste, are making sparkling wines. One, in particular, is Movia, which produces natural, organic wines from chardonnay and pinot noir, the same grapes in Champagne, in the metodo classico style. All of the vineyard’s farming practices are organic and biodynamic. Movia is pushing the envelope in this category, as you must open its Puro sparkling wines, Puro and Puro Rose, underwater.

Personally, I think sparkling wine with its many fruit profile variations and acidity, is the best style of wine for the holiday season and to toast in the New Year. So, the next time you want to expand and elevate your palate, reach for these bubbly options.

ABOUT THE AUTHOR
Jessica is a writer and entrepreneur, founding The Savory Grape, a retail wine store in East Greenwich, RI. She has a penchant for Italian wines and the families who make them and regularly travels throughout the year to Italy. She also organizes boutique wine journeys to Italy for clients. 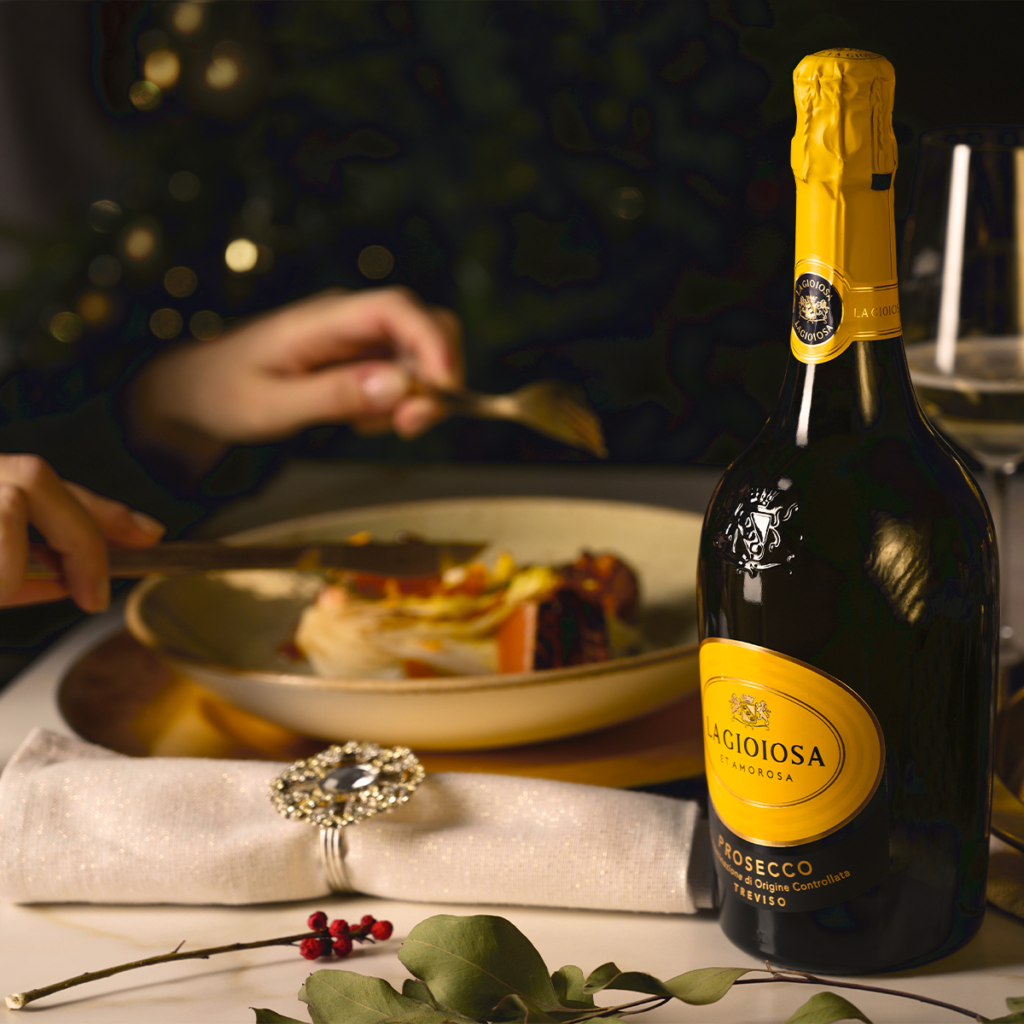 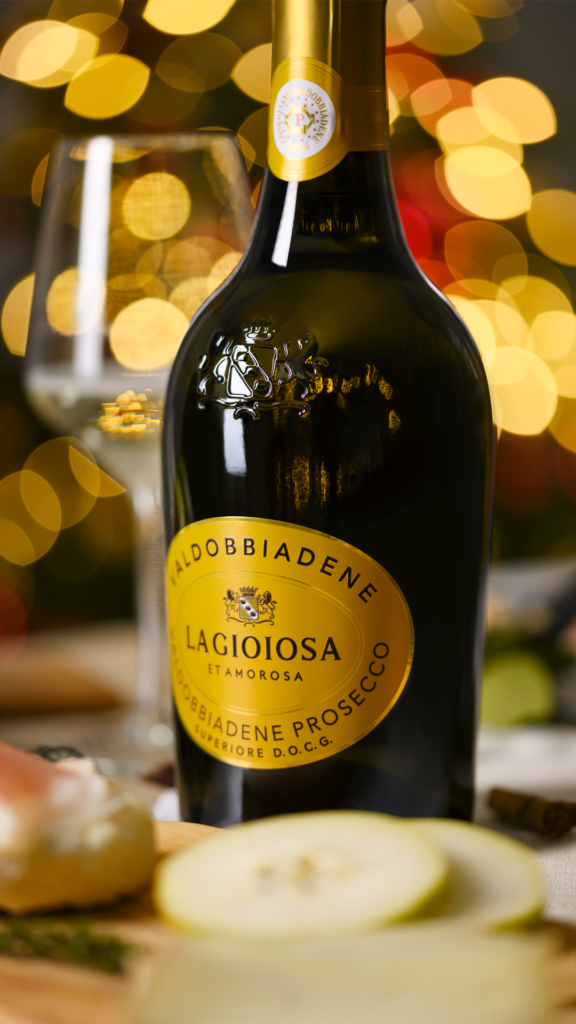 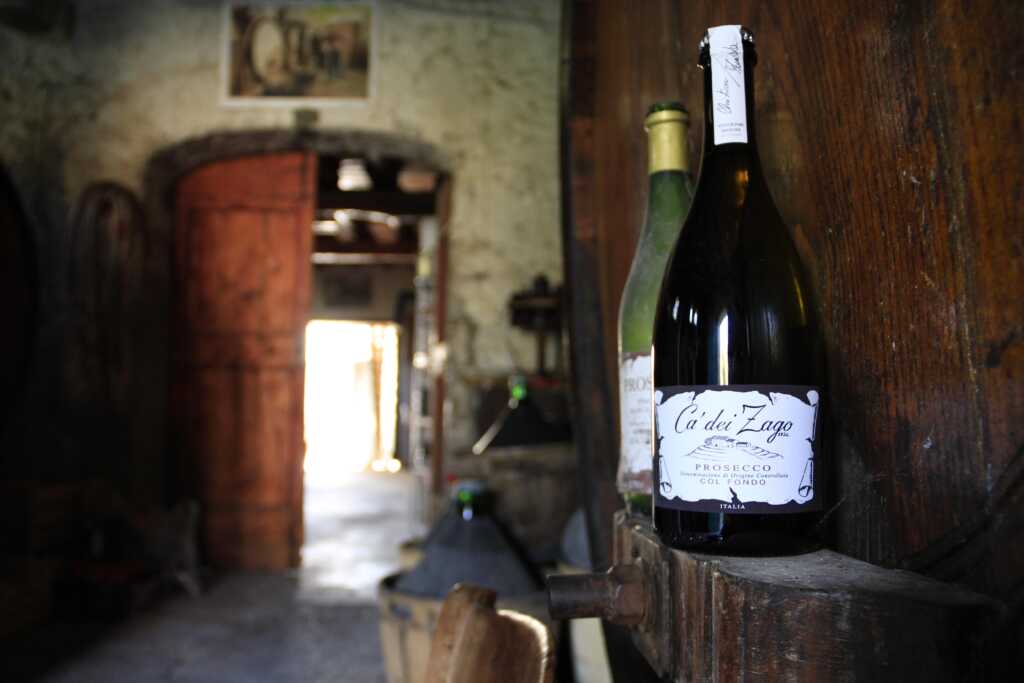