Umbria is one of the few landlocked regions in Italy, and the only one in the central part of the country. It lies in the heart of “The Boot”, north of Rome.

Small but rich in history, Umbria is famous for the medieval villages nestled among its hills, along with its beautiful churches, including the Basilica of Saint Francis of Assisi and the Cathedral in Orvieto. This region is a classic example of how every corner of Italy is rich in art, even far from its most famous destinations, such as Venice, Florence, and Rome.

The climate in these parts is perfect for viticulture; the winters are not too cold, while the summers are hot and dry. It offers the perfect temperature range, with infrequent freezing and good rainfall. Even its geography, which is made up almost entirely of hills, makes it especially well-suited for winemaking.

The region’s native red grape varietals include Sagrantino, Canaiolo, and Ciliegiolo, while some white grapes are Grechetto, Verdicchio, and Canaiolo – yes, Canaiolo can be both a white or red grape. There are four Wine Routes, each along ancient Roman roads. After all, the ancient Romans understood roads well. 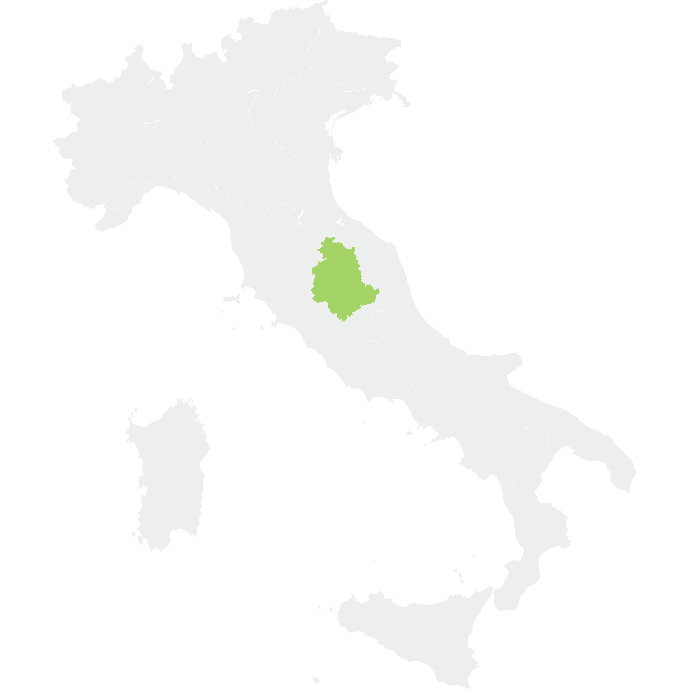 Our Brands from Umbria

Nestled among the mountains

At the foot of the mountains

Where Franciacorta has its origins

In the heart of the Alps

he heaven for white wines

The home of Lambrusco

Source of the world’s most popular wines

Vineyards along the coast of Abruzzo

The Heel of Italy