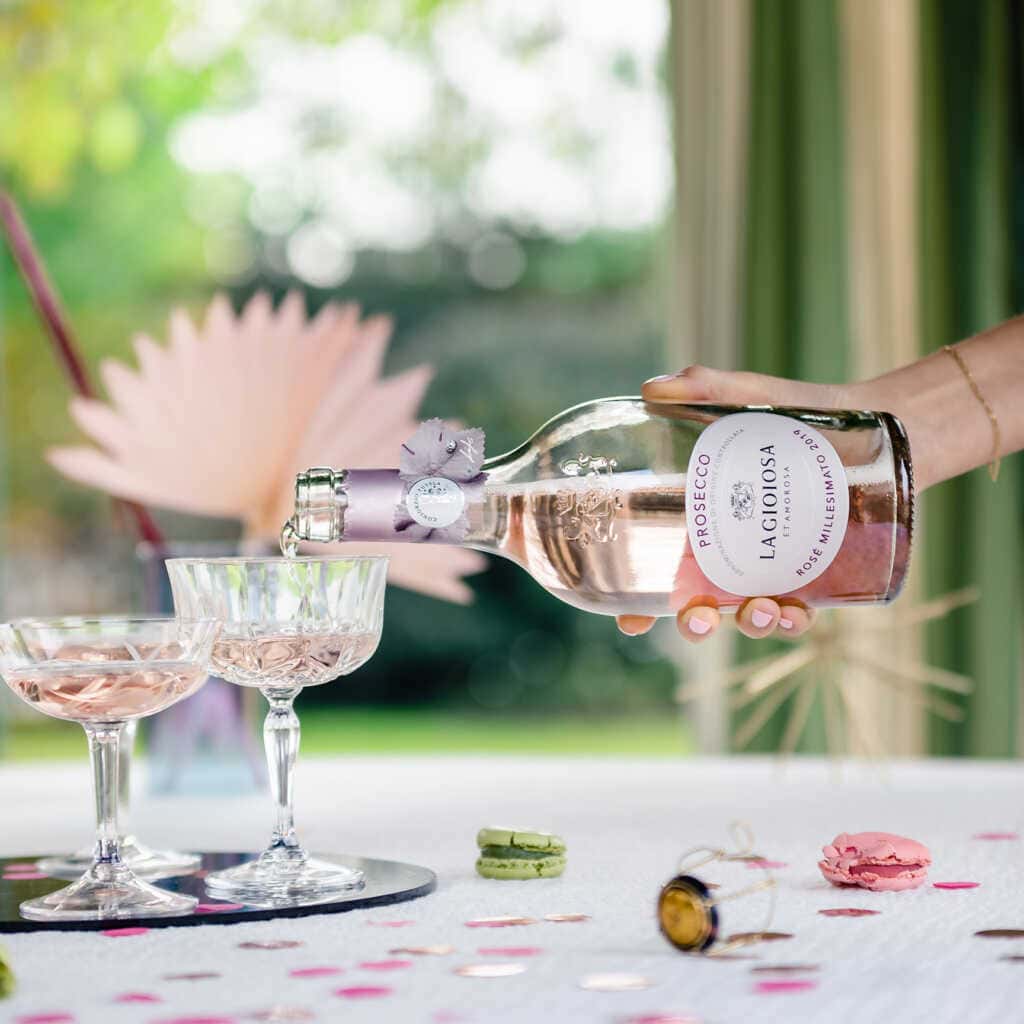 Ever since it was first released in late 2020, Prosecco Rosé has been making waves across the world of fine wine. But what is it exactly that makes this new entry among sparkling rosé wines stand apart from the crowd?

In the past, many Prosecco producers bottled sparkling rosé blends of Glera — the primary grape used in Prosecco — and Merlot, a grape that is widely planted in the valley below the hills of Valdobbiadene where the best Prosecco and now Prosecco Rosé are grown and vinified.

We have nothing against Merlot, it goes without saying! But Merlot isn’t exactly known for being one of the world’s best grapes for the production of sparkling wines. The Glera-Merlot blends that abounded in the past were good. But they mostly lacked depth and nuance. They made for great summer picnic wines but they didn’t have the complexity that wine lovers look for when they sit down at the dinner table.

Pinot Noir, on the other hand, is used to make some of the greatest sparkling wines in the world. It is a thin-skinned, tannic red grape that imparts flavors of red fruit and berry fruit to the wine. But it also gives the wine a touch of earthiness and minerality that you didn’t commonly find in previous rosé sparklers from the historic land of Prosecco.

Co-fermentation is the winemaker’s secret weapon.

One thing that a lot of people don’t realize about Prosecco Rosé is that it is made by co-fermenting the Glera and Pinot Noir.

For most sparkling wine, the winemaker makes a “base” wine, in other words, a still (non-sparkling) wine for which a second fermentation will be provoked. The second fermentation takes place in a pressurized environment, which captures the bubbles. The base wine can be made from white or red grapes. But in the case of red grapes, it is fermented, as they say in the wine trade, “off the skins,” so that the skins don’t impart any color to the wine. There are some exceptions but the base wine is almost always a white wine (even when made from red grapes). Then the winemaker adds a little bit of still red wine to give the wine its rose color and give it some added flavor and texture.

In the case of Prosecco Rosé, the Glera (white) grapes and Pinot Noir (red) are fermented together. That means that the carefully selected grape clusters are de-stemmed and then added to the fermentation vessel together. This highly unusual technique makes the aromas and flavors of the grapes intermingle resulting in an extremely rich aroma and flavor profile. The resulting wines have been wowing the critics with their depth and complexity.

The Prosecco terroir is ideal for Pinot Noir.

If you are a wine lover, you have probably heard people talk about terroir in wine. Terroir, from the Latin terra meaning earth, is the unique combination of climate, soil, geography, exposure to the sun, and human tradition and intervention. Most will be surprised to learn that winemakers in the land of Prosecco have been growing Pinot Noir for generations, mostly for personal and local consumption. This noble red grape variety performs extremely well on the slopes of the iconic hills of Valdobbiadene. Thanks to the Alpine air currents from the north, the maritime air currents from the east (from the Adriatic sea), and the sandy and pebbly glacial-era soils, Valdobbiadene’s terroir delivers Pinot Noir with nuanced aromas and complex fruit flavors. Combine those with Glera’s classic tropical and citrus fruit flavors and you have one of the world’s most unique sparkling rosés.

It’s no wonder that Prosecco Rosé is the wine that everyone is talking about this rosé season! 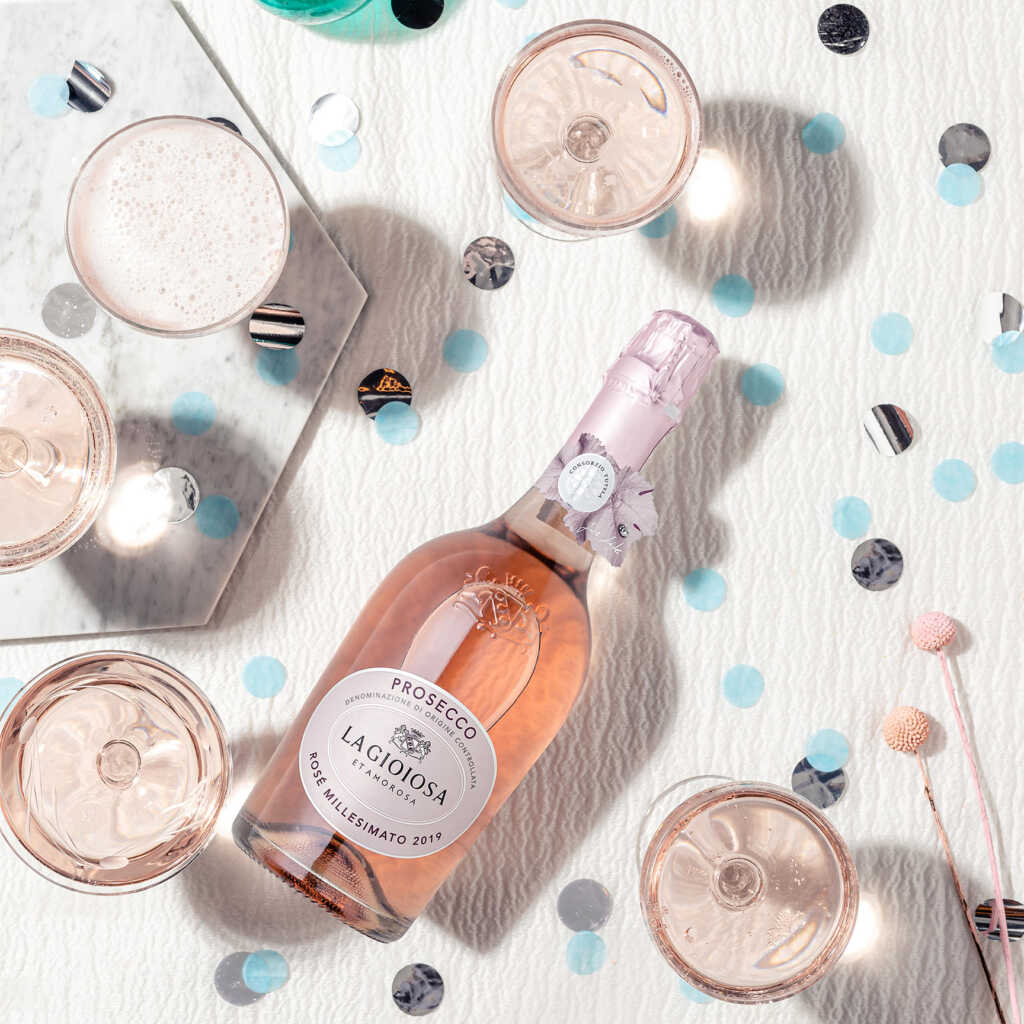 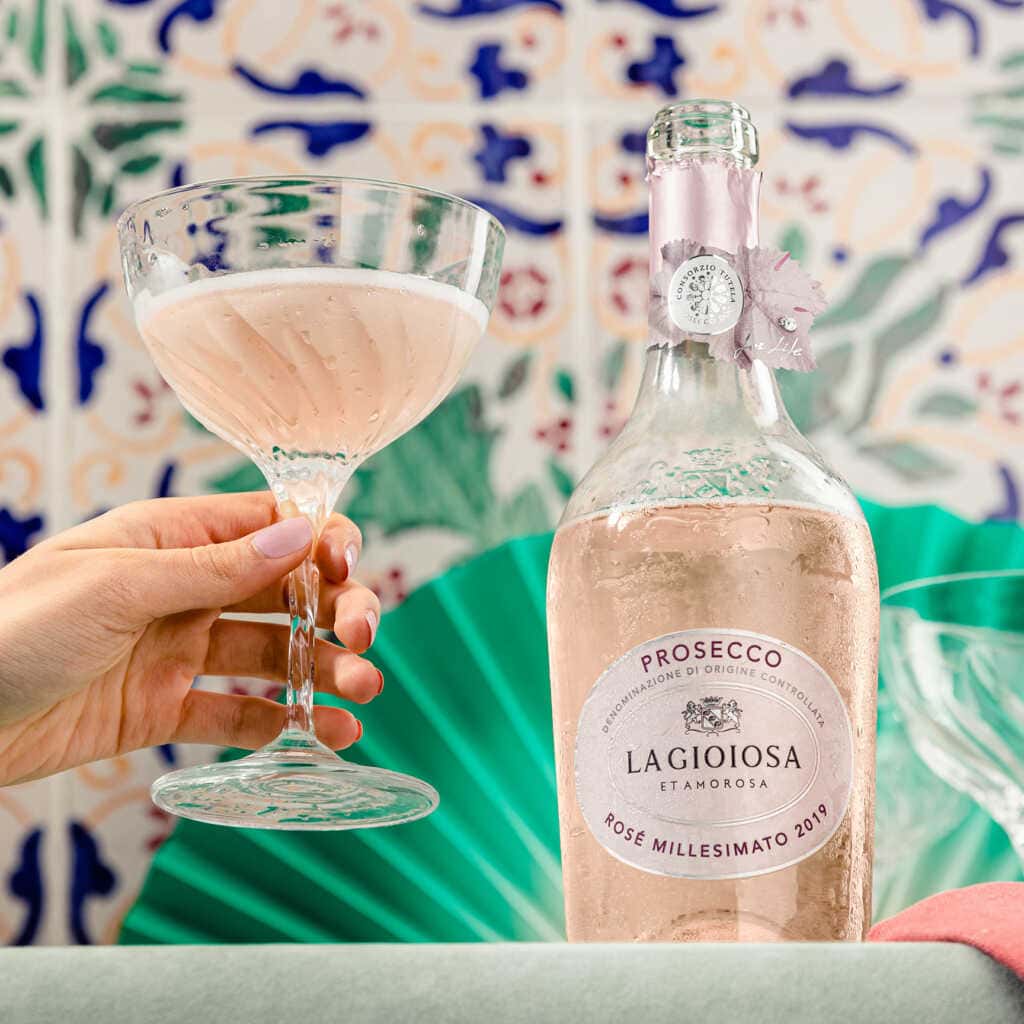